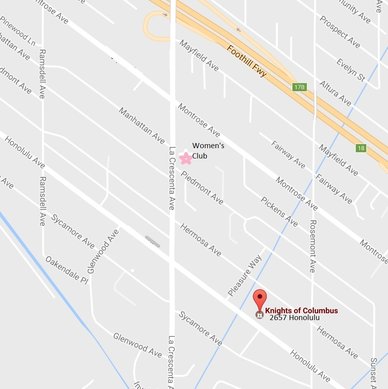 Please check back often for updates, as we are trying to keep up with the rapidly changing official recommendations for public gatherings, in light of the current potential threat from the COVID-19 virus.


We normally dance at the Knights of Columbus, 2657 Honolulu, in Montrose.  (see map), on the first, third, and fifth Fridays of each month.
﻿

regretfully, the
March 2020 visitation to San Gabriel B'n'B s has been cancelled.
There are no visitations planned for April.